…is a world-wide network of women committed to peace with justice and actively opposed to injustice, war, militarism and other forms of violence. Read more…..

In Lockdown, Challenge to Our Social Model

In these times of confinement, when the pandemic is killing so many people and causing many others to suffer, we reflect beyond our own needs to the health of the planet and all humanity.

Facing the sorrow for so many human losses because of the commercialization of care facilities and attention to our elders, we see that a change in our social model is urgent, a change towards policies that put life at the center of its concerns.

Many people in our country cannot now – and in the near future will not be able – to cope from day to day because of their precarious employment, lack of housing, increase in unemployment and the impossibility of access to resources of an abusive and exclusionary system.

Furthermore, millions of people live in abject poverty or under conditions of war or fleeing from war. Several million move from one country to another for multiple reasons that preclude their living a life with dignity in their homeland. Now add the pandemic. But even before the pandemic, the planet and humanity itself were already being affected by grave assaults.

There emerges a proposal to not turn one’s back on nature, but to return to nature. To take nature into account means to take measures that can restore the well-being of the land, the water and the beings that inhabit it, humanity both present and future. Among other matters, it means to review our model of consumption and provision of food.

How can one combine protection of nature with a global population of almost eight thousand million people? More than 700 million people lack almost everything. More than between 40 million and 60 million additional people could fall into extreme poverty in 2020 because of COVID-19.

How can we avoid inequality? How to achieve equality with social justice?

Our social and planetary model was in danger before, but now even more so. We have contributed to the disappearance and impoverishment of ecosystems and have influenced the loss of biodiversity. We have pushed nature to its limit, as well as humanity which at this time is experiencing a global public heath crisis.

Any future situation that does not include a change in the social model with reductions in our consumption will pose a risk for the survival of human beings and a large part of life on Earth.

As antimilitarists, we understand that armies are the greatest source of contamination in any country of the world. And it is the most costly source as well. It would have been possible to emerge from the present situation with fewer human and social costs just with the budget that our country assigns annually to military expenditures and social control through defense policies to maintain the army and police forces, their transfers, and subsidies allocated to research, production and purchase of weapons, in which more than 33 billion Euros are invested annually.

The war industry is at war with the eco-sphere, which is our planet.

Investment in environmental defense will also help to preclude pandemics.

-To work for a healthy environment, care for what is nearby, consume locally, care for the water and the soil. To promote access to and enjoyment of a more healthy life and food sources.

-To overcome inequality, coming closer to equality with social justice through decent salaries for all people including all those who cannot work at present because of a system that excludes them.

-A restructuring of the military industry, channeling our future towards total disarmament, using that money for social purposes.

-More investment in health and well-being and dedicating our taxes to what is our real defense, universal public health.

-As women and feminists, we wish to participate in the decisions that are being made today, which are decisions for the future.

When war is declared against one country, we are also declaring war against the Earth, the animals, the plants, the water, the air and the people.

Women in Black: Invite you to carry out the Fiscal Objection to Military Expenditures, taking advantage of the fact that we are now in the midst of the campaign to dedicate our income tax monies to what is our real defense, universal public health. 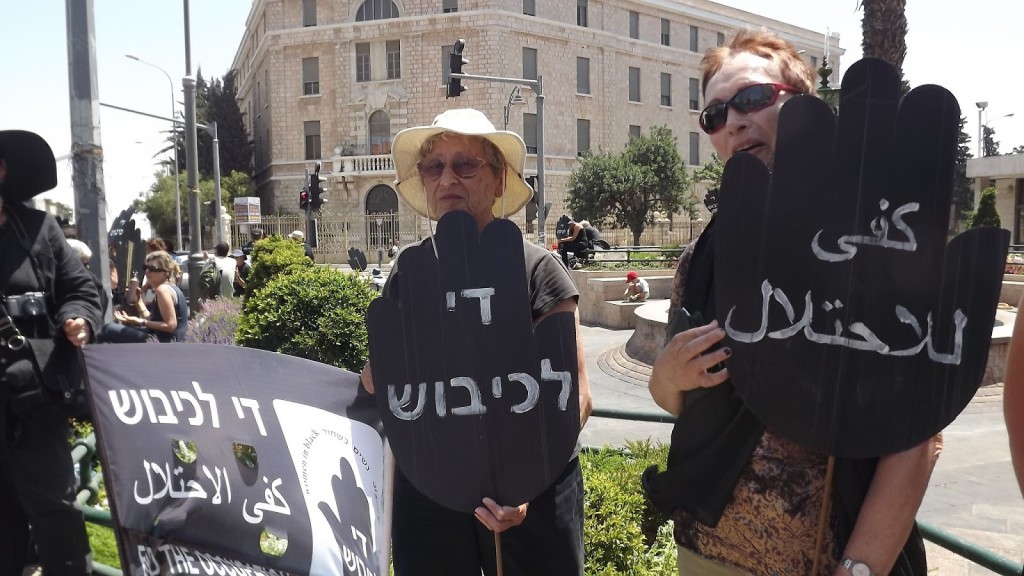